Please Mr. Balkenende do not sell weapons to Chile 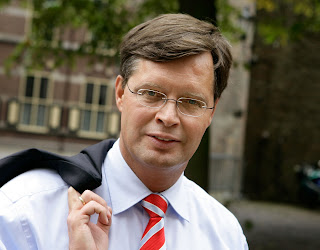 Why does Chile want weapons? Please brothers and sisters of Netherlands, is no good a business with blood. We do not know when, but a country with weapons do not fear war. People in Peru and Chile cry with your decission.

Dutch Deputy Defence Minister Jack de Vries has recently informed the lower house of parliament about the agreement between the Netherlands and Chile over the purchase of 18 surplus F-16 Midlife Update (MLU) fighter aircraft.

The deal had already been announced by a Chilean minister last month. The announcement of the agreement coincides with a visit to the Netherlands by Chilean President Michelle Bachelet.

The total price for the aircraft is to be around € 100 million (some CLP 787 million), according to news agencies. Yet, this sum has not been specified by the defence ministry.

Chile is to receive the first aircraft in 2010. Chile has already bought 18 F-16’s from the Netherlands in 2006. The Netherlands has furthermore pledged assistance to Chile for the training of about 75 Chilean technicians. The costs are borne by the South American country.

Chile purchased another batch of 18 refurbished F-16 fighter jets from Holland to strengthen and renovate the material and equipment of the country’s Air Force, informed Defence minister Francisco Vidal late Tuesday in Santiago. The operation involves 270 million US dollars.S


Six aircrafts will be arriving next December, the first of a group of six deliveries which should be finished by mid 2010 and will replace the wing of F 5 Tigers that have been operational since 1976.
This is not the first time Chile purchases fighters from Holland: a first contract for another 18 F-16 was signed in 2005 by then Defence Minister Jaime Ravinet, involving 185 million US dollars. The fighters had an average 3.500 flight hours.

Mr. Vidal said that with the latest incorporation Chile will have an air fleet of 44 F 16 fighter bombers. The minister made the revelation during a meeting with the Defence Committee from the Lower House to consider the issue of the presidential plane, which had to emergency land in Canary Islands last April 2 while flying with President Michelle Bachelet and an official delegation.

Vidal said that the renewal of air material was in the framework of the government’s policy and financial budget, to update the ageing F-5 Tigers dating back to the seventies.

“Chile is not involved in any arms race; we simply are replacing material and this was long announced”, emphasized Vidal in anticipation of possible comments from neighbouring countries which are not involved in similar policies but are always fearful of Chilean resources.

“This is renovation; we are simply renovating absolutely obsolete material; what we’ve done along the last decade is renovate material dating back to the seventies. Chile has not increased its military hardware, we have renovated our material”. But this fact is wrong, Vidal lies to the world.

“We are talking of 18 second hand fighters refurbished in Holland which will begin arriving at the end of the year”, he added.

Chile will now have three combat groups of F-16 the US fighter most extended world wide.