The future of the Nation-State territories 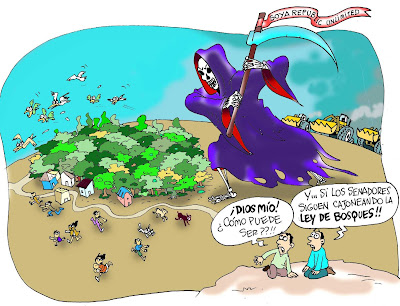 Tomada de www.proteger.org.ar/
The tenth edition of Border Regions in Transition Congress [i] (10th BRIT, acronyms in English of the event listed as worldwide most important academic event on issues of boundaries) was performed at first time in South America (Chile-Peru) in May.

The 10thBRIT main topic was about Glocalization, a phenomenon linked to the creation or assertion of cultural patterns in a community, from the relationship between the global (foreign) and the local (own). This phenomenon was addressed by analyzing its relationship with the ongoing decentralization process in communities and land borders within paradiplomacy relations (diplomacy led by the Central Government of a State, mainly sub-character), and government policies (which promote cross-border relations, or conversely create physical walls or anything else).

The global adapted to local and vice versa is already present in the economy. The first one is used by transnational corporations (fullfilled with global values) when "make local its global culture." Thus, human resource department managers prefer to think globally but be prepared to act locally, and for example know that despite that save time, not the same resolve all matters of work by e-mail in Finland than in China; in the first - a culture with individual goals- would be fine, the second -tradition of group goals- would be an offense against the highly valued personal relationship. The world of marketing also knows and therefore "tropicalize" drinks, "creolized" image of the product and generic product launches with "local flavor" (In strict Peruvian would be "with local flavorie). Conversely, the local adapted to global today can be seen in the Peruvian food restaurants spread across the world whom know how adapt taste to the region; or Chulucanas ceramics, with shapes and colors depending on where they are exported . Local food is now global, regional pottery became worldwide pottery.

This 10thBRIT had as one of its main warn findings the possible adverse effects of Glocalization to States if them not taken into account and/or do not drive it properly. To take only the Latin American case as an example, that "enhance self" of every frontier community, each country may end up boosting the re-integration of land -in theory- for separatists purposes if they (habitants of frontier community) feel marginalized. Thus, the reintegration of the Aymara community in the confluence area of Peru, Bolivia and Chile could result in reconsider the desirability of belonging to nation-states superimposed on its ancestral community, especially if they feel cornered. The same example could be applied to the border between Peru and Ecuador, where there is a confluence of commercial ancient cultural affinity between their respective territories bordering the Pacific Ocean (territory of the Spondylus) on one side, and in an identity Jibaro or Aguaruna in the Amazon territory, on the other. The same example applies, though not on the basis of "ancestral culture", for bordering Argentina-Paraguay-Brazil-Bolivia with the so-called "United Republic of Soy."

Thus stated the future borders, and on the basis of confidence in the nation-state model to generate welfare on structural form, the dynamics of Glocalization should be monitored, and properly prosecuted according to the survival of the established order. We are forewarned. Otherwise separatist attempts and/or autonomy will reivindicantes everyday sooner than expected.


[i] Google: "10 brit Prat Arica congress" for details of the event.